Notes on the Tubbataha incident 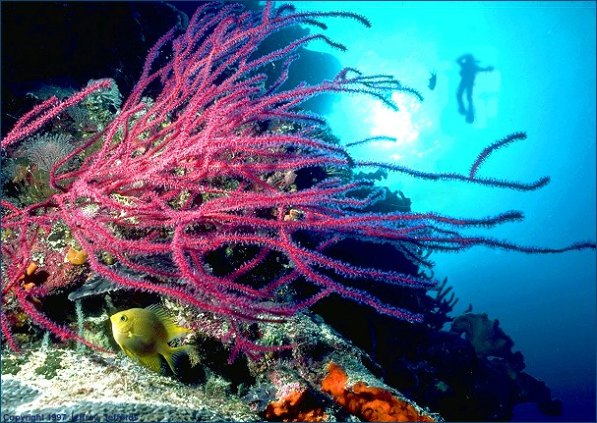 The Philippines, through its Department of Foreign Affairs, should  press the US to pay fines and damages in connection with the Tubbataha Reef incident involving the grounding of the US minesweeper USS Guardian.

While it is true that  following international legal norms,  the US is cloaked with sovereign immunity and the acts or omissions of its naval personnel on the USS Guardian * are considered as its own act or omission, such that it may not be sued for such act or omission without its own consent,[See Argentina v Ghana, ITLOS 2012; ] it may also waive the protection of such immunity.

The US has in fact waived such sovereign immunity, pursuant to Art  VI, para. 2 of the Philippines-US Visiting Forces Agreement, which states that:

For claims against the United States, other than contractual claims and those to which paragraph 1 applies, the United States Government, in accordance with United States law regarding foreign claims, will pay just and reasonable compensation in settlement of meritorious claims for damage, loss, personal injury or death, caused by acts or omissions of United States personnel, or otherwise incident to the non-combat activities of the United States forces.

Moreover, in the same agreement, the US bound itself to respect Philippine law, as it agreed to Art. II of the VFA, which states that:

It is the duty of United States personnel to respect the laws of the Republic of the Philippines and to abstain from any activity inconsistent with the spirit of this agreement, and, in particular, from any political activity in the Philippines. The Government of the United States shall take all measures within its authority to ensure that this is done.

The US has a good faith obligation under the principle of pacta sunt servanda to abide by these terms of the Agreement.

This good faith obligation includes its duty to pay compensation for the damage caused to the  130,028-hectare Tubbataha Reef, pursuant to Republic Act Republic Act No. 10067, otherwise known as  “An Act Establishing the Tubbataha Reefs Natural Park in the Province of Palawan as a Protected Area Under the Nipas Act (R.A. 7586) and the Strategic Environmental Plan (Sep) for Palawan Act (R.A. 7611), Providing for Its Management and For Other Purposes.”

In fact,  under this same law, US naval personnel on the USS Guardian who ignored warnings by marine sanctuary authorities and insisted on entering  it without a permit and in violation of the law are criminally liable, pursuant to Art. 26, para. 6 of RA 10067,  in addition to other applicable penal laws on environmental protection.

Their acts and omissions are punishable with imprisonment of between three years and six years, in addition to administrative fines, according to RA 10067.

It is the good faith obligation of the US to investigate the actions of responsible officers of the USS Guardian and, if they are found culpable, to hand them over to Philippine authorities to be prosecuted, pursuant to Art. V, Section 1 para (a) of the VFA on criminal jurisdiction, to wit:

Philippine authorities shall have jurisdiction over United States personnel with respect to offenses committed within the Philippines and punishable under the law of the Philippines.

In addition,  pursuant to the ruling of the Supreme Court in the case of Nicholas v. Executive Secretary (G.R. No. 175888, Feb. 11, 2009) we litigated before the High Court,  the Philippines and the US are to renegotiate the terms of the Agreement, especially in regard to the question of detention facilities for US personnel accused of committing a crime under Philippine law.

In that case, the High Court directed the Philippine Secretary of Foreign Affairs “to forthwith negotiate with the United States representatives for the appropriate agreement on detention facilities under Philippine authorities as provided in Art. V, Sec. 10 of the VFA, pending which the status quo shall be maintained until further orders by this Court.”

Since the Supreme Court issued its ruling on the case, Philippine authorities have yet to comply with the High Court’s Order.

Responsible officers and crew of USS Guardian have been evacuated from the ship, their whereabouts undisclosed to us. For purposes of criminal prosecution, should it be established by Philippine authorities that they are criminally liable for the mishap, how will a Philippine court acquire jurisdiction over their persons if they had already been spirited out of the country by US authorities?

The  incident  in Tubbataha, a UNESCO World Heritage Site,   once again raises important questions about the relevance and utility of the Visiting Forces Agreement to Philippine national interest, as it now stands.

______________________________________
* see also the definition of a warship under Art. 29, LOSC, which states that a warship is a  ship “belonging to the armed forces of a State bearing the external marks distinguishing such ships of its nationality, under the command of an officer duly commissioned by the government of the State and whose name appears in the appropriate service list or its equivalent, and manned by a crew which is under regular armed forces discipline.”